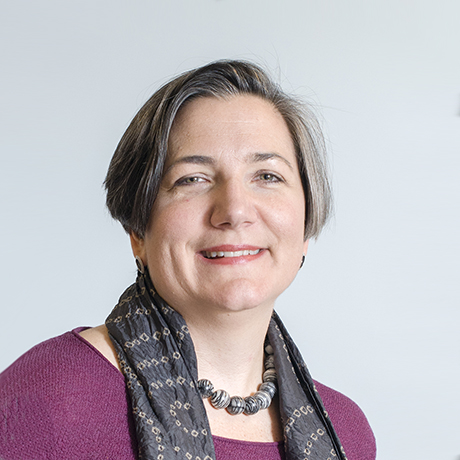 Why did you decide to work in palliative care?

I had been drawn to this work for quite some time, but I never knew whether I wanted to be a psychiatrist or an internist. The psychosocial aspects of care have always felt really important to me and, when I was in residency, I was able to care for psychiatry patients, do psychotherapy, and work in psychopharmacology clinics, which was really interesting.

During my intern year, there was a young man in his mid-20s with AIDS who was very sick and dying. He kept coming in and getting treatment and then he would leave halfway through. One time he was admitted to the hospital with pneumonia and I said, “Not for nothing, but why do you keep leaving the hospital?” and he said, “Come back this afternoon. We'll have a cup of tea and I will tell you.” So, in the morning, I went to listen to his lungs and in the afternoon we had a cup of tea. What became clear was that he didn't want any more treatment, but he couldn't tolerate dying at home alone. He didn't have any support, he was totally isolated, and he had been estranged from his family. He would get scared, come back in, and he thought the only way to get care was to agree to all these treatments he didn't want to have. As a wee little intern, I had an opportunity to talk to his team and it really shifted the goals of care. He was able to refuse treatments that didn't feel were beneficial for him and accept other ones. During this time, we were able to help him reunite with his family and he was also able to enroll in hospice. About five months later, he ended up coming back and dying in the hospital. We were sort of his surrogate family and we were all with him when he died. That was a really powerful experience. I really understood how critically important this care was and how well-meaning medical teams could miss things because we weren't asking the right questions.

After that, I did a research fellowship working with Susan Block studying physicians’ emotional reactions to their patients’ deaths. That got me really excited because it was clear there was an area of overlap between the two things I really loved, psychiatry and medicine.

The other piece for me was thinking about medicine as a place for academic activists. Activism has always been really important to me. Patients living with serious illness felt like a very vulnerable, disenfranchised patient population where I could serve as an advocate.

Tell us about your research. What drew you to this?

When I first came to Mass General, my job was to help build the outpatient palliative care clinic, which, at the time, was only a couple half days a week. I started figuring out what we needed and building up the clinic to five days a week in oncology, and then started working with Jennifer Temel as she was studying the impact of palliative care provided early in the course of illness for patients living with cancer. I had this “a-ha” moment about the ways in which palliative care is critical to quality of life and symptom management and how important the psychological and psychosocial components are. I learned early on about this idea of psychologically informed palliative care and that has informed all the early integrated research that we've done. Most of my work in the research space is being the lead palliative care researcher for our early integrated outpatient palliative care studies in cancer.

What do you want the public to know about your work?

When I walk into a patient’s room, I say to them, “My job is to help you live as well as you can for as long as you can in the face of this illness.” That's my job. When we’re able to do that, patients have improved quality of life and we've repeatedly shown in our studies that patients with this integrated palliative care approach also have a lower rate of depression. To me, that's so incredibly important because really good upstream palliative care is helping patients live well. Patients will say to me, “So you're going to help me live and then you'll tell me when I should worry?” and I say “Yes, that's right. You just go live, do your thing and then when I'm getting worried, we'll talk about it. For now we're going to help you adapt and live well.”

When thinking about the future of palliative care, what excites you the most? What do see as the biggest challenges?

What’s your favorite part of your job?

I have so many favorite parts of my job, but I think the thing that I love most about leadership is helping other people grow and develop. There's nothing I love more than helping faculty figure out what's important to them and helping them succeed in what they want to do. It makes me very happy.

Tell us about your background.

I grew up in northern Wisconsin in a tiny little town of 7000 people called Rhinelander. Four times as many people work at MGH. It’s this tiny, tiny little town and the town mascot is a Hodag, which is this mythical beast that’s green and furry and has horns. I’m a Hodag and I'm going to say it is really, totally dorky. I'm a cheesehead and I love my Midwestern roots, because I think we're kind, good people.

What's the most helpful advice you have received?

There are so many things I can think of, but here are a couple:

The first is “Do what you love.” It is rarely a clear path, so all you can do is make the best decision about what's important to you given who you are in the world in this particular moment.

Another piece of advice comes from Adam Grant, an organizational psychologist and author at Penn who I follow on Twitter. One of his recent posts talked about the importance of being ambitious and trying to be of service as a leader, but not expecting that everything you go for, you're going to get. For me, I try to spend a lot of time thinking about my own leadership philosophy and how I can be of service in this particular space.

What do you do in your spare time?

In my spare time, I love to hang out with my kids, my golden retriever, Doris, and our obese cat, Toby. We like to walk in the woods, go on interesting bike trips, and hang out with the pooch.