The Harvard Medical School Center for Palliative Care was co-founded in 1999 by Susan Block, MD, and the late J. Andrew Billings, MD.

Drs. Block and Billings were early pioneers of palliative care, and together became national leaders in the field’s development. Palliative care was recognized as a medical sub-specialty in the US in 2006.

Palliative care has its roots in the UK hospice movement, which began in the early 1960s in response to end-of-life needs of cancer patients who were often abandoned by medical professionals when treatment options failed. Palliative care subsequently evolved into a separate, but related field when its value was recognized to also meet the needs of patients with non-terminal conditions. 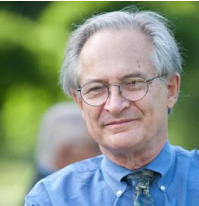 J. Andrew Billings, MD, began practicing internal medicine at Massachusetts General Hospital (MGH) in 1975, where he developed a strong clinical interest in the doctor-patient relationship. “A small but steadily growing cohort of patients who died at home fostered my clinical expertise in end-of-life care, provided an intellectual challenge, and also the opportunity for me to become an institutional leader and innovator,” he wrote in 2007 (J Pal Med, Vol 10, 6, 2007 (1258-1260). He directed the first hospice program in Massachusetts and established the Palliative Care Service at MGH in 2005. 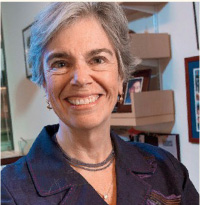 Susan Block, MD, trained in internal medicine and psychiatry in the late 1970s so she could provide both physical and emotional care to her patients. In 1998, she founded what became the Department of Psychosocial Oncology and Palliative Care at Dana-Farber Cancer Institute (DFCI), which is still the only hospital program in the country that combines psychosocial oncology, palliative care, and social work. Dr. Block subsequently created the Serious Illness Care Program at Ariadne Labs, which promotes a systems approach to improving end-of-life care.

Dr. Billings and Dr. Block met in 1971 and collaborated professionally throughout their 33-year marriage until Dr. Billings’ death in 2015.

Drs. Block and Billings received the Palliative Medicine Leadership Award from the Project on Death in America in recognition of their contributions to faculty development through the HMS Center for Palliative Care.

Interest in palliative care in the US lagged behind the UK, Australia, and Canada until the 1990s, when the Open Society Institute established the Project on Death in America and the Robert Wood Johnson Foundation created the Last Acts Initiative. Drs. Block and Billings played an active role in both programs, conducting national faculty development programs and helping to establish a strong academic base for the nascent field.

As interest in palliative care increased in the 1990s, Drs. Block and Billings were inundated with training requests by Harvard Medical School (HMS) faculty, residents, students, and nurses seeking to improve their abilities to respond to seriously ill patients’ psychological, emotional, and spiritual needs. They developed the curriculum for a faculty development program for physicians, nurses, and other healthcare professionals at Massachusetts General Hospital (MGH) and Brigham and Women’s Hospital (BWH), funded by an NIH education grant.

Based on the success of that program, Drs. Billings and Block established the Center for Palliative Care at HMS in 1999. Its first course, Palliative Care Education and Practice (PCEP), provided physicians and nurse educators with intensive learning experiences in teaching methods, clinical skills, and organizational development. Participants attended an initial eight-day, on-site program at HMS and then returned to their home institutions for six months to work on individual projects, supported by weekly email discussions with course participants. Participants then completed an additional seven days at HMS of experiential learning in communication, teaching methods, teamwork, and leadership.

Supported by a grant from the Robert Wood Johnson Foundation, the Center for Palliative Care opened its program to national and international healthcare professionals to meet the growing global need for palliative care specialists, educators, and leaders. In 2008, a pediatric track was implemented. Two major outcomes papers affirmed the program’s impact. Eighty-two percent of participants reported the experience as “transformative” (Teaching and Learning End-of-Life Care: Evaluation of a Faculty Development Program in Palliative Care. Acad Med. 2005; 80:657-668), and nearly 90% launched new palliative care initiatives as a direct result of their experiences in the program (Creating Enduring Change: Demonstrating the Long-Term Impact of a Faculty Development Program in Palliative Care. J Gen Intern Med 2006; 21:907-914).

In addition to PCEP, the Center’s course offerings have expanded to include:

Looking to the future

Since the HMS Center for Palliative Care’s inception, nearly 4,000 medical students, physicians, nurses, social workers, chaplains, and other health professionals from 57 countries have participated in its programs. Demand for palliative care professionals continues to increase, and a critical shortage of clinicians with palliative care expertise has been identified nationally by the Institute of Medicine (Dying in America: Improving Quality and Honoring Individual Preferences Near the End of Life, 2014) and internationally by the World Health Organization, which passed the first global resolution on palliative care in 2014. Given this need, the HMS CPC aims to serve as a major resource for palliative care education and professional development to help expand the workforce.